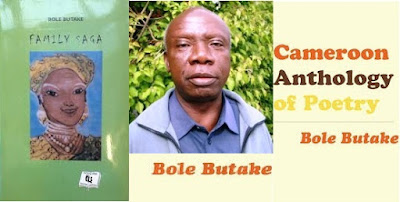 Professor Bole Butake wrote his final chapter to eternity at 5 am at the Yaoundé Teaching Hospital age 69.  The Professor Emeritus of the Department of Drama and African Literature spent 40 years lecturing at the University of Yaoundé I. Hundred have been trooping at the residence of the deceased in Yaoundé to pay their last respect to one of the fathers of Anglophone Cameroon Literature. Bole Butake was a distinguished and internationally recognised academic whose vision will remain in many of his publications. He authored the play entitled "Family Saga". He also wrote "Lake God" in 1986, "The Survivors" in 1989 and And "Palm Wine Will Flow" in 1990. He has also directed several plays. He works were written against the backdrop of rapacious and inhumane oppressors of the seemingly silent and marginalized masses of the fictionalized communities of the North-West Region of the Republic of Cameroon, Africa. The literally critic highlighted
Enregistrer un commentaire
Lire la suite
Autres articles