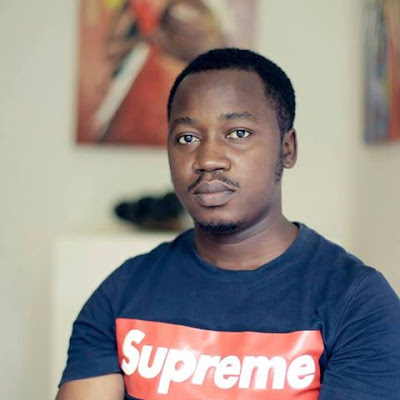 Gadi Ramadhani (Tanzania) is an artist, curator and exhibition producer. His areas of interest include art as it intersects with social issues through multiple artistic disciplines. Gadi is the founder of Koko’TEN, a mobile art center that believes in the transformative power of the arts in communities in Tanzania.  Prior to this, Gadi served as a project manager for Nafasi Art Space from 2009 to 2011. During that time he managed the exhibitions program, which included displays by national and international artists. The exhibitions were often augmented with panel discussions, workshops, and interdisciplinary events. Select professional highlights include: curator for Domocrazy Cartoonists Exhibition: Vipaji Gallery (2015) Assistant curator for Impose/Expose: Art Revealing Space in Dar es Salaam (2015), co-curator for 28 Words in Maputo, Asiko | CCA Lagos: Fortaleza de Maputo (2015),co-juror for the Art Cross Border Competition by Emergent Art Space, California (2012); co-curator f
Enregistrer un commentaire
Lire la suite 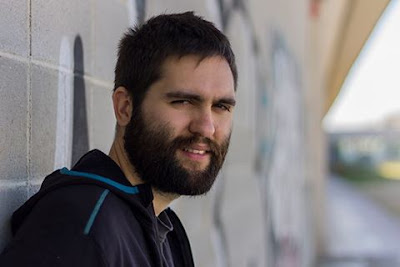 Narcis Diaz was born in Figueres (Spain) in 1986. He studied Fine Arts between 2004 and 09 in Barcelona and one year as an exchange student in the Kungl. Konsthogskolan in Stockholm.  On 2008 he start exhibiting his artworks in galleries and art centers. His work was focused mainly on postmodern painting: syncretic large canvases.  At that time he became engaged with social and political activism. First with the students protests against the Bologna Process, later the 15M, and afterwards with some anti-racist and anti-fascism collectives. He also began to be interested in critical theory due to the work of Paul B. Preciado as a director of PEI of MACBA.  He gave up making art for four years, but in 2014 he go back to art production. In 2015 he studied marxist theory with Raimundo Viejo. The last year he has been working with Berto Martinez on a project about the representation of the Atlantic colonization, and with David Bonet on a project about the representation of the evil
Enregistrer un commentaire
Lire la suite 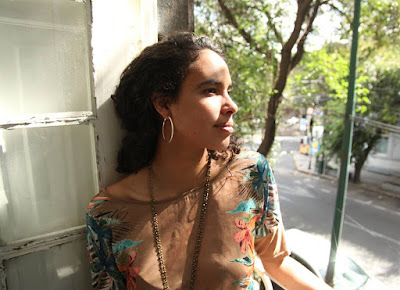 Frida Robles is a text-based artist currently living in Mexico City. In her working practice she looks for spaces to place ideas and then, letting ideas be affected by places. She is particularly interested on how poetry can reside outside the page, with the understanding that poetry can be a powerful means of social and personal conscience.Her interest is frequently related to notions of memory and self-construction narratives. Some of her reflections on these matters have been expressed in her creative essays.  Recently she finished her first book entitled "All love letters are ghost stories", project supported by the Young Creators FONCA scholarship. Open to collaboration, her art focuses on finding new artistic research practices and participatory strategies. Robles explores the idea of street-based art as a means to keep art alive, real.  She holds a bachelor degree in History from the Iberoamericana University (Mexico City) and a master's degree from the Univ
Enregistrer un commentaire
Lire la suite 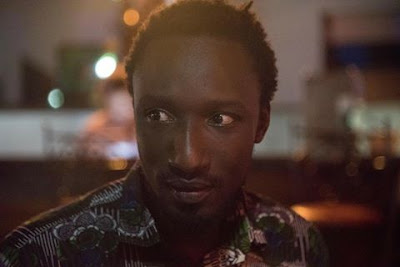 Born in Keur Mor Ndiaye (region of Thies, Senegal), Madiaw grew up in Dakar and developed an interest for drama at Lycée Blaise Diagne.  He was involved in several drama projects: The Baobab Théâtre group, Directed by Abdel Kader Diarra (Pichininiko), the Idéo o Lasso workshop with Élodie Saos, the D Gens T group, with Corine St Faust, as well as several short projects on body movement, acting and actor direction, namely with Jules Souleyman Laubert and the Cie des Cries and with Khaled Tamer from Cie Graine de soleil. After being involved in several theater plays, he won the lead role in the short film entitled “La Statuette mystérieuse” by the American Director Mike Brown.  In 2013, he joined a group of Senegalese voice-over artists to China to dub Chinese films and teleplays to be broadcast in Senegal. He had the opportunity to direct major events at the Grand Theatre, including the Penccu Art concert with Takeifa and that of the rap artist Simon; he worked as Assistant to D
Enregistrer un commentaire
Lire la suite 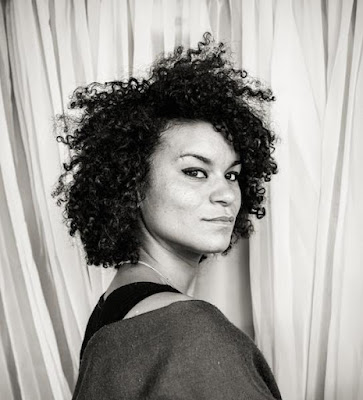 I am Philippa Ndisi-Herrmann. I was born in 1985, in Bonn, Germany. I vibrate and create in the realm of still and moving words and images; primarily as a filmmaker and photographer, also as a writer and painter.  I am drawn to the Indian Ocean because, if you calm your heartbeat, you hear the whispers of secrets of those that came before you.  I am in post-production with my documentary film, Philippa/Rabia (formerly The Donkey that Carried the Cloud on its Back - The Göteborg International Film Festival Fund, IDFA Bertha Fund and Docubox EADFF). I have exhibited my photography in collaboration with The Sundance Institute, at MoCADA in New York City (2011) and with the Goethe Institut, at the National Museum, Nairobi (2013).  In 2012, under a pen name, a selection of my poetry was published in Reflections: An Anthology of New Work by African Women Poets. I spend most of my time in Nairobi, Kenya where I write, cook, paint, shoot, make jokes, laugh with kindred spirits, whirl,
Enregistrer un commentaire
Lire la suite 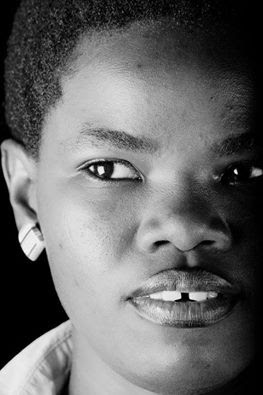 Born on the banks of the Logone River (far north of Cameroon), Irene Gaouda spent her childhood between Kumba Town and Ekondo-Titi, a small community lost in the heart of the Equatorial mangrove, not far from the Bakassi Peninsula, in the South-West region.  The passing of time did not succeed in cutting the umbilical cord which connects her to this nature so dear, and now a source of inspiration. In 2013, she presented a collective exhibition in Yaounde with Osmose culture entitled: “In Toumai’s footsteps”. Currently at the Center for Information Science and Technology Studies (CESTI) of Cheikh Anta Diop University (UCAD), I.G., as she is affectionately referred to, has not eliminated her pen.  She shares her passion for art and African culture across several media platforms. In 2016, the author of “La chèvre de ma grand-mère” (“My grand-mother’s goat”) started publishing a blog dedicated to her passion. Irène Gaouda is  Raw Academy 2016's Alumuni.
Enregistrer un commentaire
Lire la suite 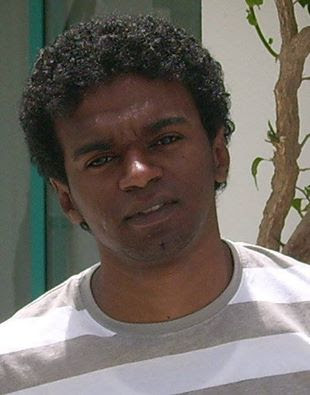 MF Kalfat was raised in the Egyptian Nuba and moved to Cairo in 2003 where he's been mainly working as web editor (currently of a forthcoming film web-zine in Arabic) and translator (currently of a 19th-century orientalistic travelogue). Apart from personal blogging and occasional poetry, he writes about music, sex and cultural politics, and contributed to an Arab media activism youth camp for 3 years. His most recently curated film program was about Arab civil wars. For this publication he originally wrote a much longer biography that had to be cut down and all the humor had to go. Mahammad Fathy Kalfat is  Raw Academy 2016's Alumuni.
Enregistrer un commentaire
Lire la suite 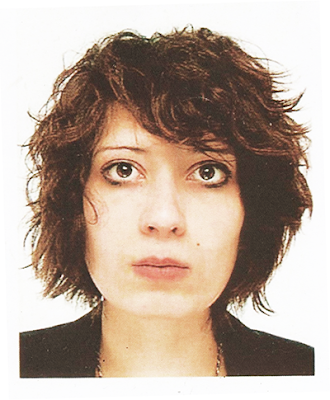 Marynet J is purely a product of cultural hybridization. Her passion consists in crafting bridges with words, pictures and ideas across the disciplines of the living. Human complexity is an endless supply of raw materials out of which ideas can be developed: arts, technologies, biology, ethnology, body mutations, video games… these are all sources worth connecting through words. And to prevent these words from leaving your brain as soon as they’ve entered it, Marynet acts like Aguin, the little one-footed Voodoo goddess; she is there to plug your ears shut so that ideas can linger and develop. Marinette Jeannerod  i s Raw Academy 2016's Alumuni.
Enregistrer un commentaire
Lire la suite 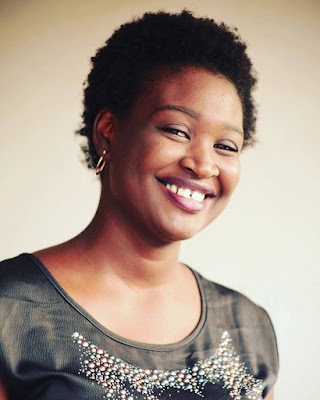 Aïssatou Diop, aka ANAD, graduated in Heritage and Cultural Institutions Management. Since 2014, she has been contributing to the setting up of various exhibition and cultural event projects in Dakar and Saint Louis (Entre’vues, Research and Documentation Centre of Senegal, Henriette Bathily Museum of Women, Blaise Senghor Cultural Centre). She held the position of heritage manager at the Henriette Bathily Museum of Women, where also served as Youth Officer. After having worked for cultural companies, events and associations, she was hired as cultural mediator of the International exhibition at the 12th Dak’art Contemporary African Art Biennial in 2016. With a good awareness of the Senegalese arts scene, to which she’s highly committed, ANAD is the co-founder of Yàolàn, a cultural engineering and mediation firm in Dakar. Aissatou Ndeye Aida Diop i s Raw Academy 2016's Alumuni.
Enregistrer un commentaire
Lire la suite 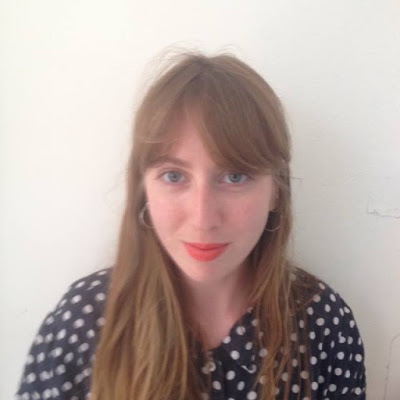 Dulcie was born and grew up in East London, first moving abroad to Paris at 18 before starting her degree in History of Art and French at University College London. Her studies took her to Dakar in 2013 for a year-long internship with the artist's collective Les Petites Pierres, and then back to Paris for a year's study at Paris I and IV, specialising in African history. Building on her prior engagement to collaborative art projects, she has returned to Senegal on several occasions for research and to contribute to the organisation of a series of cinema clubs. Recently graduated and the recipient of the Violet Hall prize for academic achievement, she is now based in Dakar where she continues to pursue research on performance and social change.  Dulcie Abrahams Altass i s Raw Academy 2016's Alumuni. Curtesy: Raw Material Academy
Enregistrer un commentaire
Lire la suite